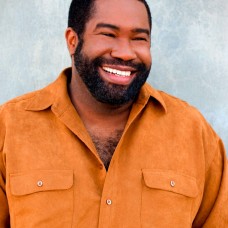 Acclaimed for his commanding stage presence and inventive artistry, American bass-baritone Eric Owens has carved a unique place in the contemporary opera world as both an esteemed interpreter of classic works and a champion of new music. Equally at home in concert, recital and opera performances, Owens continues to bring his powerful poise, expansive voice and instinctive acting faculties to stages around the world.

Eric Owens opens the 2010-2011 season of the Metropolitan Opera as Alberich in Das Rheingold in a new production by Robert Lepage, conducted by James Levine. He essays the title role in Peter Sellars’s new production of Handel’s Hercules, conducted by Harry Bicket at Lyric Opera of Chicago; returns to San Francisco Opera as Ramfis in Aïda, conducted by Giuseppe Finzi; and joins Riccardo Muti and the Chicago Symphony as Lodovico in concert performances of Verdi’s Otello both in Chicago and at Carnegie Hall. His concert calendar includes Beethoven’s Missa Solemnis with Donald Runnicles and the Atlanta Symphony; Elgar’s The Dream of Gerontius with Jaap van Zweden and the Netherlands Radio Philharmonic; Mozart’s Requiem with the Handel & Haydn Society under Harry Christophers; Brahms’s Ein Deutshces Requiem at Carnegie Hall with James Bagwell and the Collegiate Chorale; and Berlioz’s Roméo et Juliette with the Utah Symphony, conducted by Thierry Fischer.

During the 2009-10 season, Owens returned to Washington National Opera, as Don Basilio in Il barbiere di Siviglia, and as the determined protagonist Porgy in Francesca Zambello’s wildly successful production of Gershwin’s Porgy and Bess, a role he debuted to great critical acclaim at San Francisco Opera. Owens’s concert calendar included John Adams’s Walt Whitman-inspired The Wound Dresser, conducted by the composer, and holiday performances of Handel’s Messiah, both with the National Symphony Orchestra at the Kennedy Center. Owens also joined Alan Gilbert and the New York Philharmonic for concert performances of György Ligeti’s apocalyptic opera Le Grand Macabre, as well as Beethoven’s Missa Solemnis. Additionally, Owens performed Beethoven’s Symphony No. 9 with the Chicago Symphony Orchestra under the baton of Bernard Haitink, as well as Mozart’s Requiem both with James Levine and the Boston Symphony Orchestra, and with Hans Graf and the Detroit Symphony.

The previous season marked Owens’s Metropolitan Opera debut in John Adams’s Doctor Atomic, broadcast live in high definition on movie screens nationwide. Owens also made his Carnegie Hall solo recital debut at Weill Recital Hall, one of four Carnegie Hall engagements throughout the season. Owens sang the title role of Mendelssohn’s Elijah with the Los Angeles Master Chorale, and reprised his role as the Storyteller in John Adams and Peter Sellars’s A Flowering Tree with the Los Angeles Philharmonic. Additionally, Owens returned to the Metropolitan Opera as Sarastro in The Magic Flute, and appeared opposite Anna Netrebko and Elina Garanca in Bellini’s I Capuleti e i Montecchi at the Royal Opera House, Covent Garden.

Owens’ career operatic highlights include his San Francisco Opera debut as Lodovico in Otello conducted by Runnicles; his Royal Opera, Covent Garden debut as Oroveso in Norma; Ramfis in Aida at Houston Grand Opera; Sparafucile in Rigoletto, Ferrando in Il Trovatore and Colline in La Bohème at Los Angeles Opera; the Speaker in Die Zauberflöte for his Paris Opera (Bastille) debut; Fiesco in Simon Boccanegra and Sarastro in Die Zauberflöte with the Washington Opera; Rodolfo in La Sonnambula at the Bordeaux Opera; the King of Scotland in Ariodante and Seneca in L’Incoronazione di Poppea at the English National Opera; Raimondo in Lucia di Lammermoor and Alidoro at Pittsburgh Opera; Leporello in Don Giovanni at Florida Grand Opera; Sparafucile in a new production at the Oper der Stadt Köln and at Minnesota Opera; Banquo with Opera Pacific and Sarastro and Banquo with the Opera Company of Philadelphia. He sang Collatinus in a highly acclaimed Christopher Alden production of Britten’s The Rape of Lucretia at Glimmerglass Opera. A former member of the Houston Grand Opera Studio, Owens has sung Sarastro, Mephistopheles in Faust, Frère Laurent, Angelotti in Tosca, and Aristotle Onassis in the world premiere of Jackie O (available on the Argo label) with that company.

Eric Owens has created an uncommon niche for himself in the ever-growing body of contemporary opera works through his determined tackling of new and challenging roles. He received great critical acclaim for portraying the title role in the world premiere of Elliot Goldenthal’s Grendel with the Los Angeles Opera and again at the Lincoln Center Festival, in a production directed and designed by Julie Taymor. Of Owens’ performance, The New Yorker’s Alex Ross raved, “His hefty, tonally focused, richly colored voice cut through the tumult of Goldenthal’s score, and his vital, naturalistic acting gave heart to a high-tech spectacle.” Eric Owens also enjoys a close association with John Adams, for whom he created the role of General Leslie Groves in the world premiere of Doctor Atomic at the San Francisco Opera, and of the Storyteller in the world premiere of A Flowering Tree at Peter Sellars’ New Crowned Hope Festival in Vienna. Adams has also conducted the American bass-baritone in his setting of Whitman’s The Wound Dresser in a live broadcast with the BBC Proms at Royal Albert Hall, and with the American Composers Orchestra at Carnegie Hall. Owens made his Boston Symphony Orchestra debut under the baton of David Robertson in Adams’ Nativity oratorio El Niño.

A native of Philadelphia, Owens began his music training as a pianist at the age of six, followed by formal oboe study at age eleven under Lloyd Shorter of the Delaware Symphony and Louis Rosenblatt of the Philadelphia Orchestra. He later studied voice while an undergraduate at Temple University and then as a graduate student at the Curtis Institute of Music, and currently studies with Armen Boyajian. He serves on the Board of Trustees of both The National Foundation for Advancement in the Arts and Astral Artistic Services.