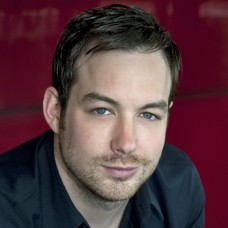 The fast-rising young tenor Stephen Costello has firmly established himself as one of the current generation’s most impressive artists. In a professional career of just six years he has succeeded in setting new standards for artistic excellence, both in the U.S. and throughout Europe. “A first-class talent” [Opera News], the Philadelphia-born tenor has made headlines in recent seasons for a string of distinguished performances in America and Europe. He came to national attention in 2007 when, at age 26, he debuted at the Met’s season-opening night and was quickly invited to appear again that same season. In 2009, Costello won the prestigious Richard Tucker Award. He subsequently made his debuts at a number of the world’s most important opera houses and music festivals, including London’s Royal Opera House, Covent Garden, the Deutsche Oper Berlin, the Salzburg Festival, and the Vienna State Opera. In 2010 he inaugurated the role of Greenhorn in the Dallas Opera’s acclaimed world-premiere production of Jake Heggie and Gene Scheer’s Moby Dick.

Stephen Costello launches his 2011-12 season on September 26 with his second opening night performance at New York’s Metropolitan Opera, where he will reprise the role of Lord Percy in Donizetti’s Anna Bolena. The season-opening new production by David McVicar, featuring Anna Netrebko in the title role, marks the first time the Met has staged the work. The October 15 performance will be transmitted to movie theaters worldwide as part of the “Met: Live in HD” series.

In January 2012, Costello makes his company role debut as Alfredo in Verdi’s La traviata at London’s Royal Opera House, Covent Garden. In May 2012, he portrays Rodolfo, and Costello’s wife, soprano Ailyn Pérez, plays Mimì in Los Angeles Opera’s production of Puccini’s La bohème. Other engagements this season include Nemorino in Donizetti’s L’elisir d’amore at the Vienna State Opera; Leicester in Donizetti’s Maria Stuarda in concert performances to be recorded at the Gasteig in Munich; Edgardo in Donizetti’s Lucia di Lammermoor at Teatro de la Maestranza in Seville; Fritz in Mascagni’s L’Amico Fritz opposite Ailyn Pérez with the Moscow Philharmonic; and Alfredo in La Traviata, once again opposite Ailyn Pérez, with Cincinnati Opera.

During 2010-11 he opened the Vienna State Opera season as Rodolfo in La bohème; returned to the Dallas Opera for his role debut as Lord Percy in a new production of Anna Bolena, marking the completion of his performances of the leading tenor roles in Dallas’s trilogy of Donizetti’s Tudor operas; starred with Ailyn Pérez in Gounod’s Roméo et Juliette with the Opera Company of Philadelphia; gave his first solo recital in the U.S. in Kansas City’s Harriman-Jewell series; and made his role debuts as the Italian Singer in Richard Strauss’s Der Rosenkavalier, as well as the title role in Gounod’s Faust, with San Diego Opera. In the summer of 2011, he made his debut at the Glyndebourne Festival. During the 2009-10 season, Costello sang the role of Greenhorn (Ishmael) in the Dallas Opera’s triumphant world-premiere production of Jake Heggie’s Moby-Dick; he debuted at the Royal Opera House (Covent Garden) as Carlo in Donizetti’s Linda di Chamounix; and in the summer he returned to the Salzburg Festival as Roméo in Gounod’s Roméo et Juliette.

His performances as Cassio in Verdi’s Otello, conducted by Riccardo Muti at the Salzburg Festival, were released on DVD in 2010 (Major/Naxos), and his Covent Garden debut in Linda di Chamounix was released on CD in March 2011 (Opera Rara).