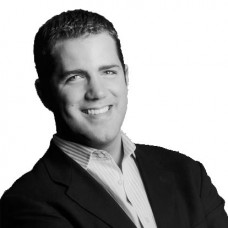 In the 2012-2013 season he makes debuts with the Munich Philharmonic and the Royal Symphony of Oman singing Schaunard in La Boheme under the baton of Lorin Maazel. He will return to Austin Lyric Opera for the Count in Le Nozze di Figaro, to the Dallas Opera for Ping in Turandot, and to Oper Frankfurt for their new production of Les Vepres Siciliennes. He will also make his recital debut with the Philadelphia Chamber Music Society.

In the 2011-12 season he made his Metropolitan Opera debut as Wagner in a new production of Faust, debuted Italy in Bari as Figaro in Il Barbiere di Siviglia, the Count in Le Nozze di Figaro with the Ft. Worth Opera, Figaro in Il barbiere di Siviglia with Boston Lyric Opera, and Escamillo in Carmen with the Opera Company of Philadelphia. In concert he debuted Carnegie Hall with Stravinky’s Canticum Sacrum with American Symphony Orchestra and the Ft. Worth Symphony performing Copland’s Old American Songs. He also sang the roles of Figaro in Il Barbiere di Siviglia and Schaunard in La Boheme at the Castleton Festival and Dandini in La Cenerentola with Lyrique-en-Mer.

In the 2010-2011 season Mr. Beyer sang the role of Schaunard in La Bohème with Hong Kong Opera and in Castleton Festival with Lorin Maazel, L’Heure Espagnole with Opera Frankfurt, Lescaut in Manon with Knoxville Opera, and Jonathan Dove’s Flight with Austin Lyric Opera. In concert, he was heard as a soloist in Mahler’s Knaben Wunderhorn, Symphony in C and Vier Ernste Gesänge with the Philadelphia Brahms Festival, National Chorale’s Carmina Burana at Lincoln Center, Tosca with the Ravinia Festival, and performed a recital at Weill Hall with the Carnegie Hall Foundation. Last season, Mr. Beyer sang Beethoven’s Ninth Symphony with the Philadelphia Orchestra, Haydn’s Creation with Netherlands Radio Orchestra, Candide with the Chicago Symphony Orchestra, Billy in Carousel with the Southwest Michigan Symphony and a concert with the MSFO at the Chautauqua Institution. He has also appeared with the Chicago Symphony, Pittsburgh Symphony, Indianapolis Symphony, Lorin Maazel’s Châteauville Foundation, Chatam Baroque, Baton Rouge Symphony, Vermont Symphony, the Erie Philharmonic and the Festival at Aix-en-Provence.