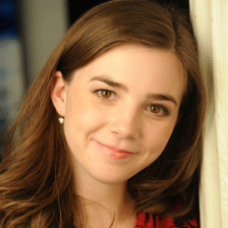 Praised for her “luminous voice” and “intensely expressive interpretations,” (The New York Times) soprano Sarah Shafer is quickly emerging as a sought-after operatic and concert artist. A native of State College, PA, she studies in the opera program at the Curtis Institute of Music with Joan Patenaude-Yarnell. All students at Curtis receive merit-based full tuition scholarships, and Sarah holds the Alfred Greenberg Memorial Fellowship in Opera.

Sarah recently made her professional operatic debut in the role of Barbarina and the cover role of Susanna in Le Nozze di Figaro at the Glyndebourne Festival and at the BBC Proms in London’s Royal Albert Hall. Roles for this coming season include her American debut with Opera Memphis singing Adina in L’Elisir d’Amore, and Papagena in Opera Company of Philadelphia’s Die Zauberflöte.

Her credits for the Curtis Opera Theatre include over fifteen productions and a variety of roles including Giulietta in I Capuleti e i Montecchi, Elizabeth Zimmer in Henze’s Elegy for Young Lovers, Ilia in Idomeneo, Rosina in Il Barbiere di Siviglia, Sofia in Il Signor Bruschino, and Mélisande in Impressions of Pelléas. This season at Curtis, she will sing the roles of Pamina in Die Zauberflöte and Almirena in Handel’s Rinaldo.

An avid performer of chamber music and lieder, Sarah will appear in recital with legendary pianist Richard Goode this December. She will also be collaborating with renowned guitarist Jason Vieaux performing works of Dowland and Britten. Sarah spent two summers as a resident artist at the Marlboro Music Festival, where she worked with Richard Goode, Benita Valente, and the late Martin Isepp. She has performed in the Mozart and Handel Académie européenne de musique in Aix-en-Provence, France. Sarah has also sung at Songfest in Malibu, CA where she was awarded the prestigious Craig Smith and Marc and Eva Stern Fellowships.